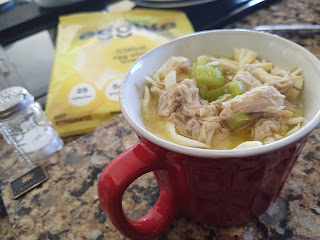 It's been a few years since I've had chicken noodle soup!  The noodles are Egg Life Wraps cut into thin strips.  The noodles will float so I did not add them to the pot of soup.

The soup was an easy instant pot dish.  I bought a package of chicken thighs ($4 for a pack of 8!  That's only fifty cents each) Pressured the thighs in about a cup of chicken broth.  I took them out of the pan and put the remaining broth on saute, added about a cup of celery and one medium onion chopped, salt and pepper.

As I deboned the thighs, the celery and onion cooked and softened.  Returned the chicken to the vegetables and added more chicken broth.  I probably used a whole 32 ounce box of chicken broth and another pint of homemade chicken broth that was in the fridge.

Lightly toast the noodles in a skillet with some butter, place them in the bottom of a bowl and cover with the soup.  It's nice to enjoy some chicken noodle soup on a cold winter's day.  Now I wonder if I could make a toasted cheese "sandwich" with the egg life wraps 😄 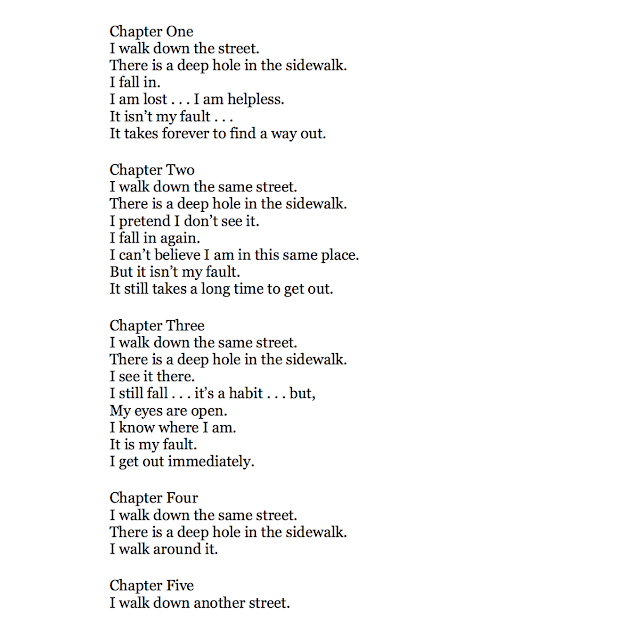 Do you know the poem Autobiography in 5 Short Chapters by Portia Nelson?   I have found so much comfort from it over the years for myself personally.  It always helped me be gentler with myself, it gave me hope that maybe one day I would learn better ways.  It's helped me with my grief of losing Judson.  I've shared this poem with clients who were struggling with addiction and recovery from all sorts of trauma in their lives.   It also makes me think of how keto has changed my life.   I started keto because I wanted to use a few pounds and look where that led. I took the liberty of making my own keto autobiography.  I hope Portia won't mind.    Chapter 1 I drive down the street.  There’s a McDonald’s on the corner.  I stop and eat two big macs, an extra-large  fry, and a large coke.   I feel awful afterwards.  I feel guilty and sick. I want to have a hot fudge sundae to help me feel better.  I am lost.  I am helpless. It isn’t my fault.  It takes me forever to find a way o 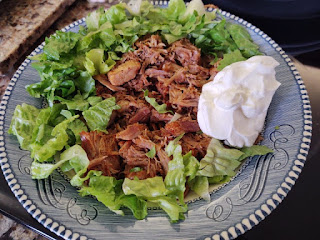 Cooking in this new year 2021!  Mexican-style pulled pork, shown here with some lettuce and sour cream on the side.   You could also use a pork loin, but we found this pork butt roast on sale this week for 99 cents a pound. I’m hearing from so many people that they’ve strayed from keto over the holidays.  And no one is happy about the weight gain, body aches, bloating, and general tiredness.  If that’s your experience too, I hope you’ll jump right back on with us.  Every bite of food that I ate over the holidays was fully keto, but I can feel the effects of eating too much in general, too many keto desserts, and not enough intermittent fasting.  So for the next few weeks, I’m going to be tracking my intake, avoiding sweeteners, and sticking with a good 8 hour eating window.   There’s no need to beat ourselves up or waste time feeling guilty, those strategies don’t work!  Let’s focus on good fatty meats like this recipe and get those ketones flowing again!    Print IP Mexican-Style Pu